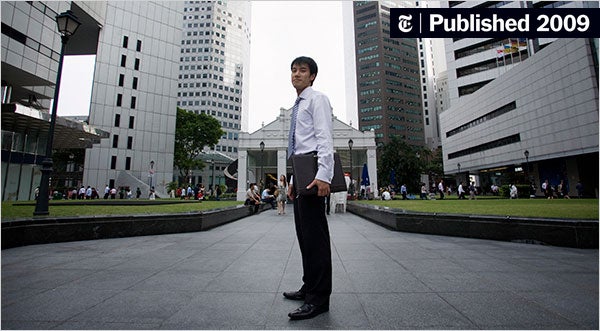 “Asia is seen as a growth market,” said Mark Ellwood of recruitment agency Robert Walters in Singapore. “Companies are not coming out all fires again, but there is an appetite to hire again in certain areas.”

In Hong Kong, communications manager Eike Croucher was fired from Swiss Re after the reinsurance firm announced in April that it would shed 10% of its 11,500 global workforce. Ms Croucher received a job offer from German chemical giant BASF on the evening of her last day at Swiss Re, thanks to some quick networking.

“I was very, very lucky, of course, that things happened so quickly,” she said.

In another example, a senior marketing executive who lost her job in Singapore at a major US software company had been in the region for four years. The woman, who spoke on condition of anonymity because she was not authorized to speak to the media, found a job at another US company in the same industry. It took 7 weeks of research, 45 applications and ten job interviews.

It is still an employer’s market. Generous “expatriate packages” – in which overseas employees have much of their accommodation and their children’s schooling paid for – are largely a thing of the past.

The most successful candidates have experience in Asia, a network of contacts and language skills. It’s hard for someone to pack up and move from New York or London, where the market remains much bleaker.

“Employers are always very selective in their search for talent,” said Mark Carriban, Hong Kong-based Asia managing director for Hudson, a recruitment agency. “And what is highly prized here is knowledge of the local market.”