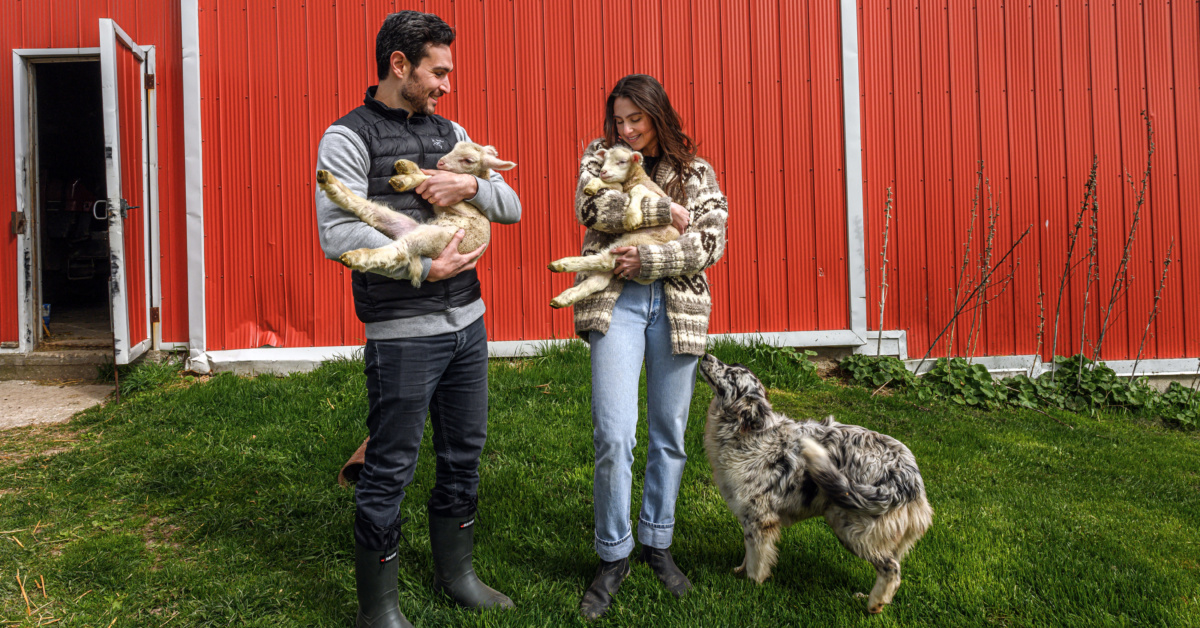 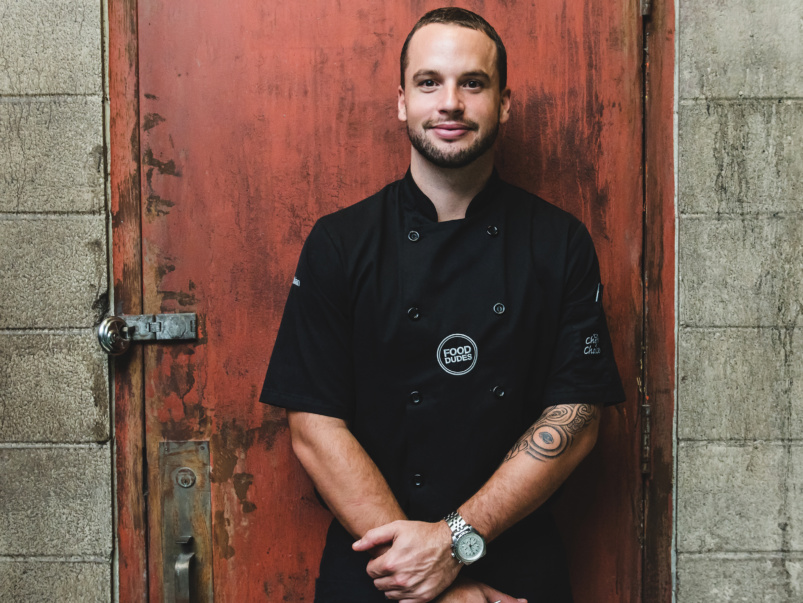 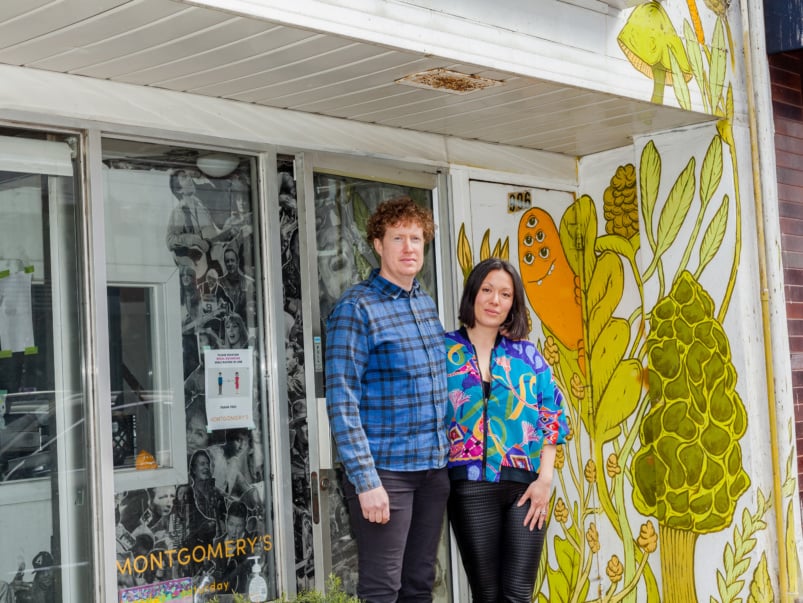 In October 2019, Charlie Iscoe and Laya Bail, originally from Toronto, quit their finance and marketing jobs in New York City. They bought plane tickets for a trip around the world, hoping to be inspired along the way. They made stops in South America, Australia, New Zealand, Japan and Europe, but did not come up with their new business idea until Covid forced them back to Canada. While living on a farm in Creemore, where Laya’s parents live, they started researching the meat industry and how they could logistically start a business supplying and delivering sustainable meat. In July 2020, they opened Sunday Farms to family and friends and has grown steadily through referrals and word of mouth ever since.

Charlie: As a business student at Ivey, finding a finance job in New York meant it all. So when I landed my first job at JP Morgan in New York in 2009, I thought I had made it. What I got instead were 100-hour work weeks and a social life that felt like a distant, sleep-deprived memory. Two years later, the investment world followed, where times were hardly better. Like so many of my Type A peers, I was experiencing what I later learned was the â€œdeferred life planâ€: work hard now, enjoy life later.

Laya: I have always been drawn to New York. My dad grew up in Brooklyn so I felt connected to the city. After graduating from McGill, I had my chance. I was accepted into a fashion marketing program at Parsons and moved into a dodgy apartment in Alphabet City. From there I made my way into the world of luxury fashion. At first my life looked a lot like The devil wears Prada, and I wasn’t Meryl Streep. But after a while, I went from being a cafe racer to being responsible for launching marketing campaigns for exciting global brands.

Charlie: New York Torontonians have a way to find each other. I met Laya through a mutual friend and after a year of chasing her I convinced her to go to dinner with me. We immediately formed a bond around a good meal. Five years later, I offered a homemade osso buco. We talked about leaving it all behind and traveling the world before the responsibilities of parenthood set in, but those were just fantasies. Towards the end of 2019, I came home and told Laya that I had just finished my last day of work – I quit. At first she was in shock, but by morning we had pulled out a giant laminated map and started drawing lines across oceans and continents, figuring out where our journey might take us.

Laya: We favored countries known for their cuisine and natural beauty. This is how a four day trek through the Peruvian Andes became the first item on our list. There was no better way to disconnect than to be off the grid. What I remember most from this trip is the deep respect our local guides had for Mother Earth, which they called Pachamama. When it was time to eat, they explained what made each ingredient so special. Argentina was the next step, where the beef is like a religion. In New Zealand we grilled grass-fed lamb chops in the back of our campervan, and in Japan we started the day with wild fish caught a few hours before. At each stop, it was impossible to miss the incredible work and respect for quality agriculture that combine with good food.

Charlie:In March 2020, the Covid made its way to Europe, where we were at the time. With borders closing quickly everywhere, we ran to New York City, which was quickly becoming the epicenter of the pandemic. We quickly loaded everything into a U-Haul and left New York rudely. Holding back my tears, I told Laya I loved her, then drove 11 straight hours to her parents’ farm near Creemore. Our trip around the world was over and we had no idea what was to come.

Laya:I loved our life in New York City and leaving has broken my heart. Worse, we had gone on a journey in search of answers. Now that our trip was over, we didn’t feel any closer to finding them. We decided to take Covid out on the farm and think about what to do next. After a few weeks of working in the garden and eating dirt, we were amazed to realize that the same passionate farming that we spent months hunting across the world had literally been in our garden from the start.

Charlie:With no jobs and nothing but time, we began to read about our food system. The more we learned, the more we discovered the negative impacts of factory farming, which remain well hidden by the misleading words used to sell meat. We also learned that Canada is one of the few developed countries to still allow the use of harmful chemicals in agriculture, despite their known negative effects on our health. On a more positive note, we have started to understand the important role of regenerative agriculture in reversing climate change.

Laya:Fortunately, Charlie’s older brother Alex was already a few steps ahead of us. Alex was a father and, like so many parents, wanted to make sure he was feeding his children the most nutritious foods possible. Unable to easily find nutritious meat, he decided to go straight to the source, visiting many local farms until he found a handful that were properly raising their animals. He even had their 100% grass-fed beef lab tested against the beef he bought from his local butcher, which further confirmed his beliefs.

Charlie:Thanks to Alex, we found a solution to our problem of sourcing sustainably farmed meat. As we reconnected with our friends in Toronto, we realized how many of them were facing the same problem and wanted to be part of our solution. It was then that everything started to click. My brother already had a great relationship with local farmers, we had interested customers, and Laya had a background in marketing. Most importantly, we knew our client because we were our client. Sitting around the kitchen table of Laya’s parents,Sunday Farms was born.

Laya:Starting a business was new to us. It didn’t help that my parents’ farm was in an internet dead zone. I would not recommend starting an online business using dial-up speeds. On the other hand, one of the perks of our way of life was our new roommates. My mom is an amazing artist and quickly developed a positive attitude in response to my lack of digital design skills. After experimenting with different media, we landed on some paper cutouts for our website icons and brought some leaves from the garden to use for the color swatches. My dad, who wasn’t even on Instagram, was appointed as Resident Content Manager, and most of the meals got cold before we finished documenting them. It’s a real family business!

Charlie:As Laya learned how to set up a website, I rushed to attract more farming partners. My first call was blunt, with the farmer telling me that there was no money in grass-fed beef and our business was doomed. Good start! We continued and after a few weeks we had organized our first round of farm visits. As we passed many carriages in our car, we felt more and more out of place. But although we come from different worlds, we all spoke the same language and we saw ourselves as partners in a collective mission. Farmers always liked to have fun with us city dwellers. One of them asked me to help him collect some eggs – pretty easy, I thought. Upon reaching the chicken coop, I immediately received a sharp peck and panicked, pulled my hand away, slicing it on a metal grate. Laya, the farmer and his seven year old son burst out laughing – I guess we found out who the real chicken was that day.

Laya:Charlie wasn’t the only one receiving lessons from the local cattle. I’ve learned that chickens have very sharp claws and they don’t like to be held, as evidenced by a fairly large hole in one of my shirts. Despite some minor injuries – it was especially our pride that suffered – we found our partners and our first shipment arrived a few weeks later. At that time, I had instructions for accessing a working website. It was chaotic to say the least, but in just three months we were live. The site wasn’t perfect but the product was great, and we just needed people to try it out. One of the first things we did was set up a referral program, and soon we had second and third degree referrals who remain loyal customers.

Charlie:People always say that you wear a lot of hats to start a business. It’s true, but I would say it’s more like you’re wearing a lot of gloves. With no one to delegate to, you are not only responsible for the vision of the company: you are also an order picker, product sorter, delivery driver and everything in between. The irony is that I still work 80 hours a week, but those hours are much more meaningful than any financial job I’ve had. Our work and our passion are now inextricably linked – great food connected us to Laya and me from our first date – and we are constantly energized by our growing and loyal clientele. With every positive review or email from a satisfied customer, we are reminded that there are other people like us. People who are fed up with our broken food system and looking to live healthier lives by connecting to the food they put on their table. 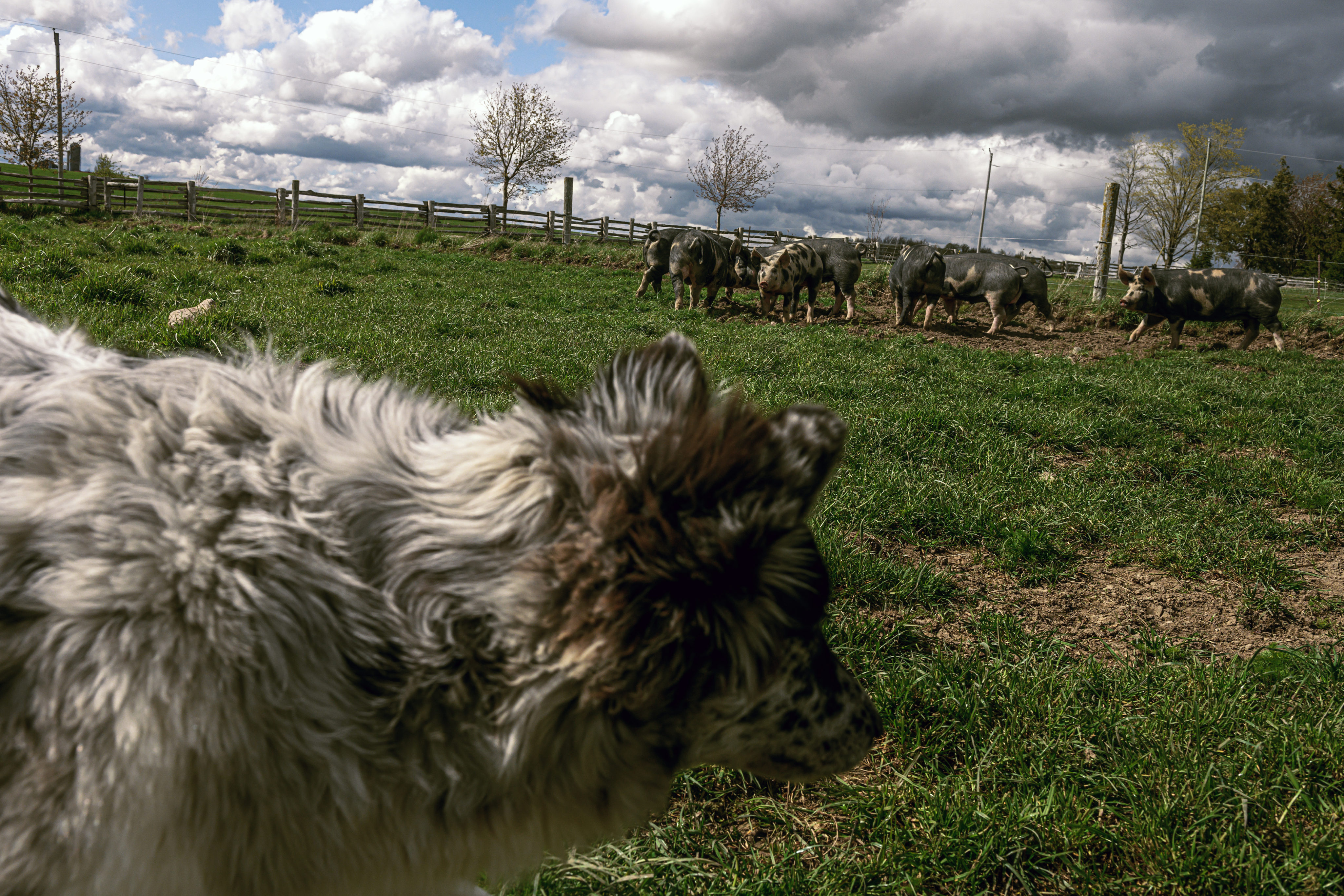 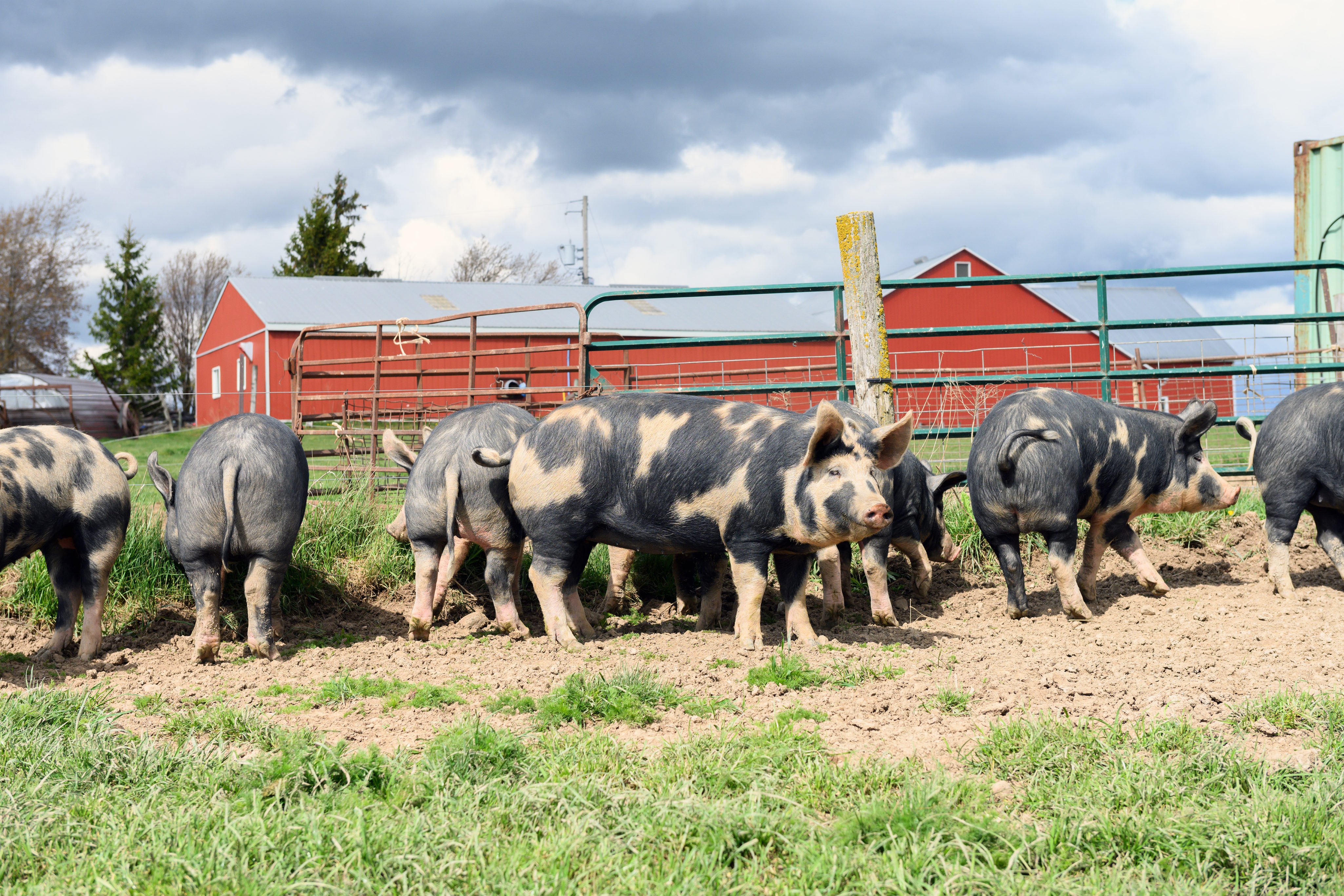 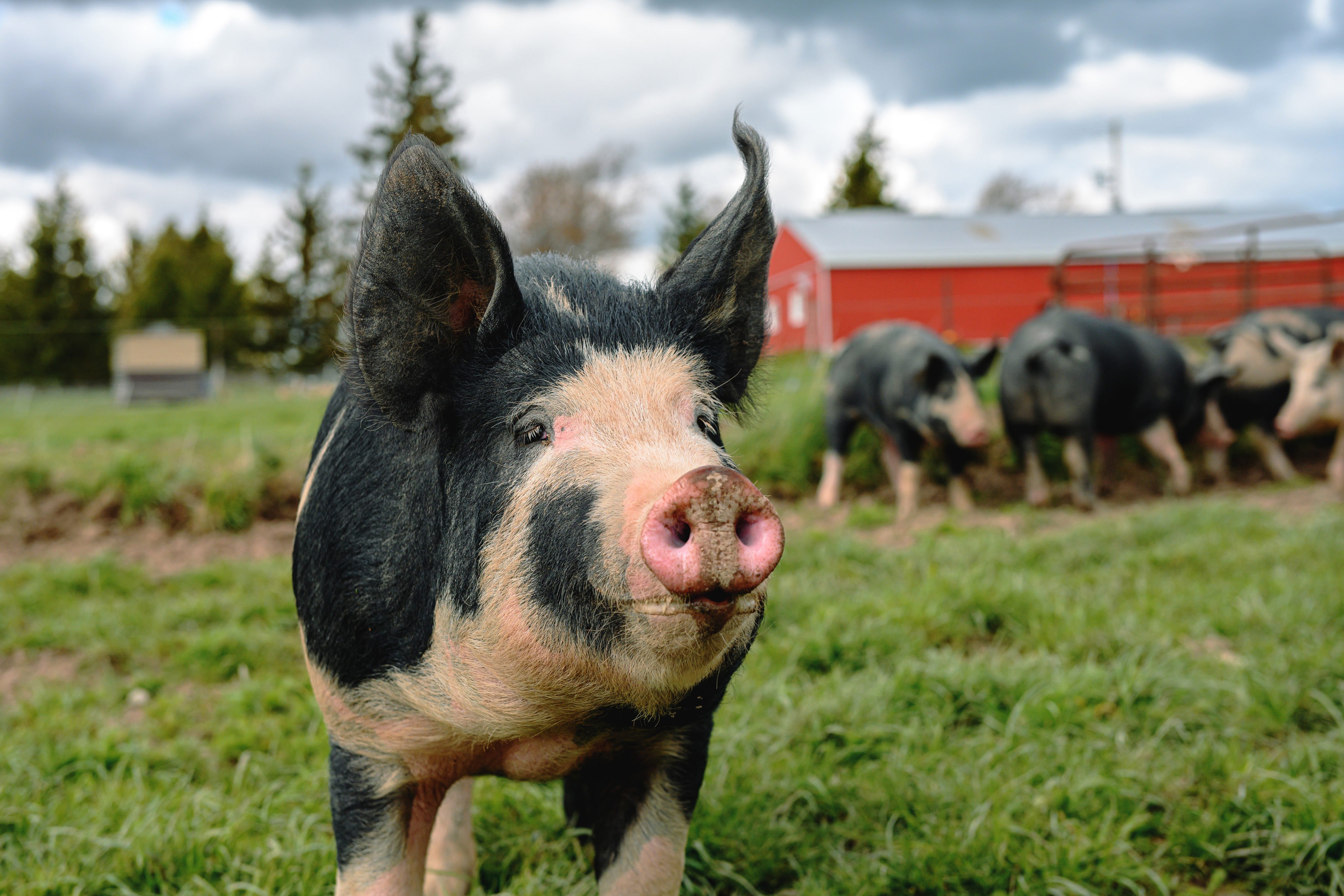 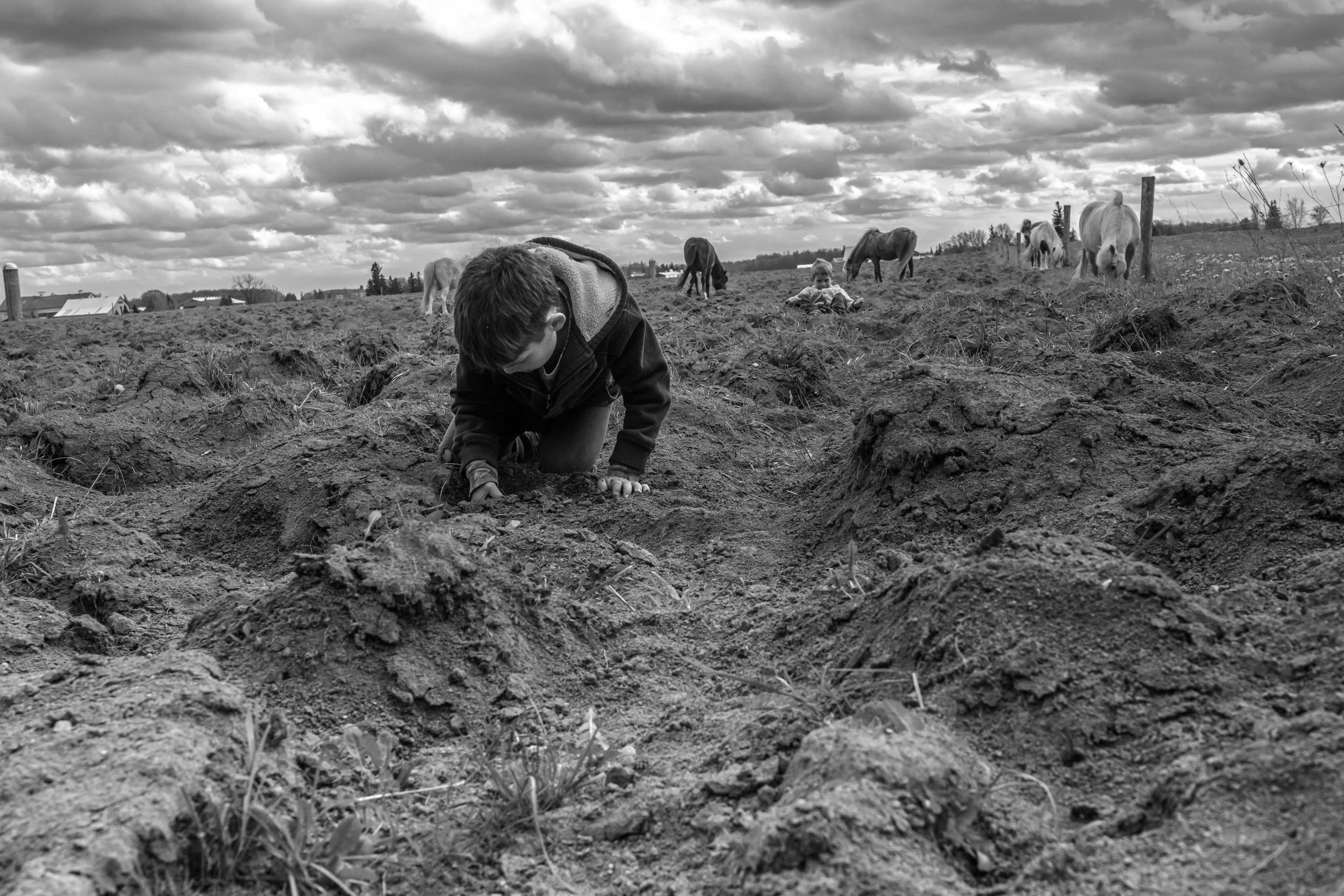 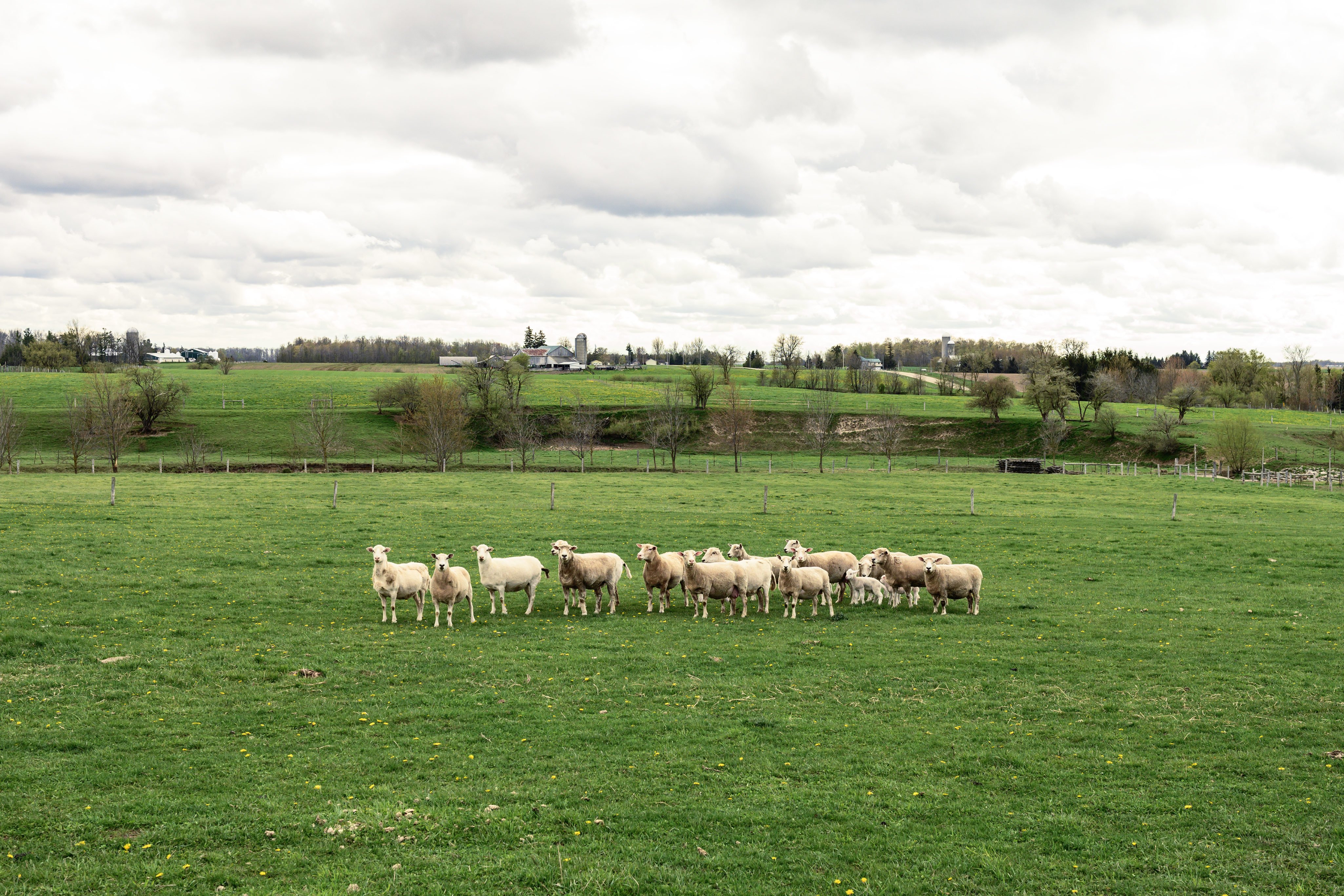 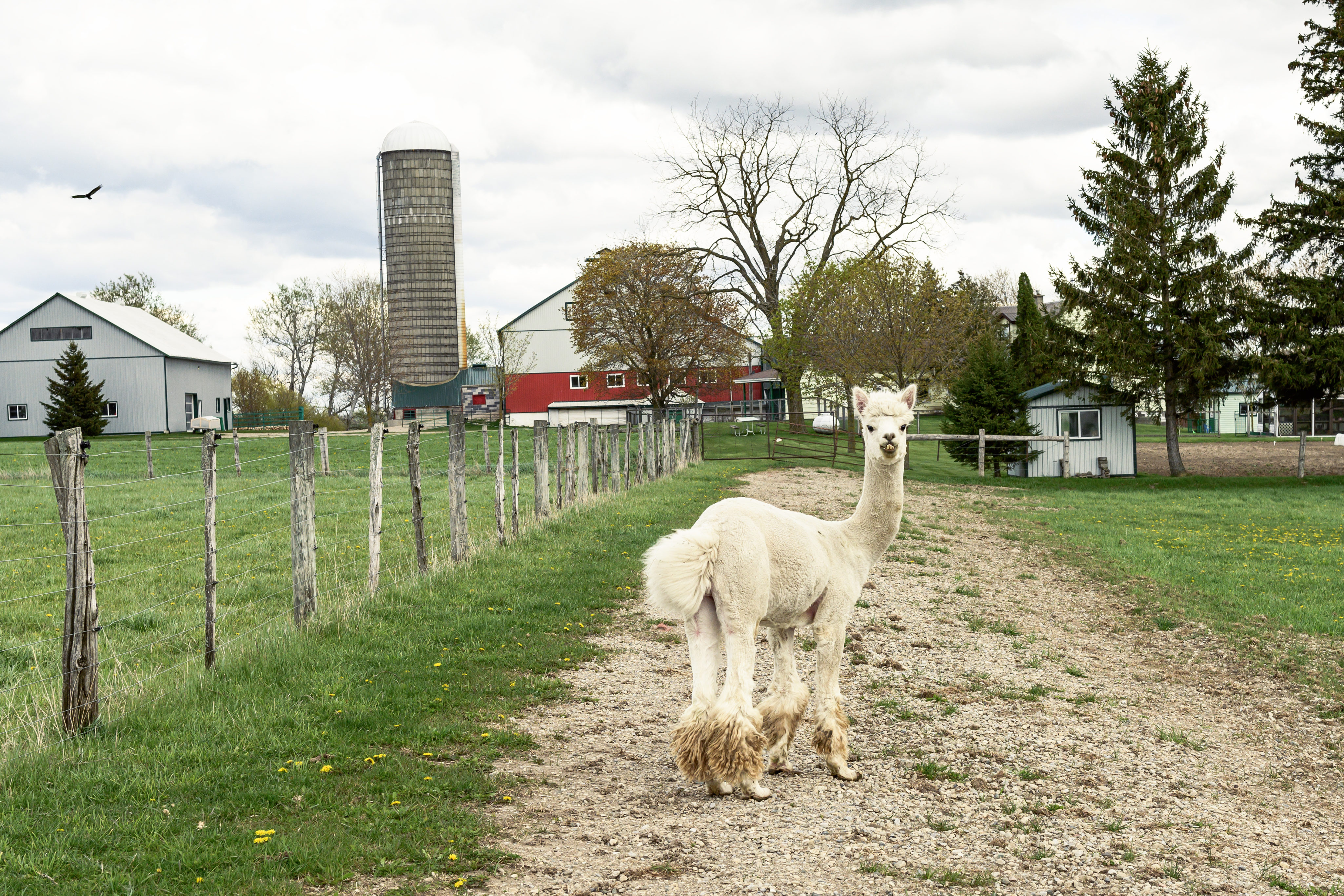