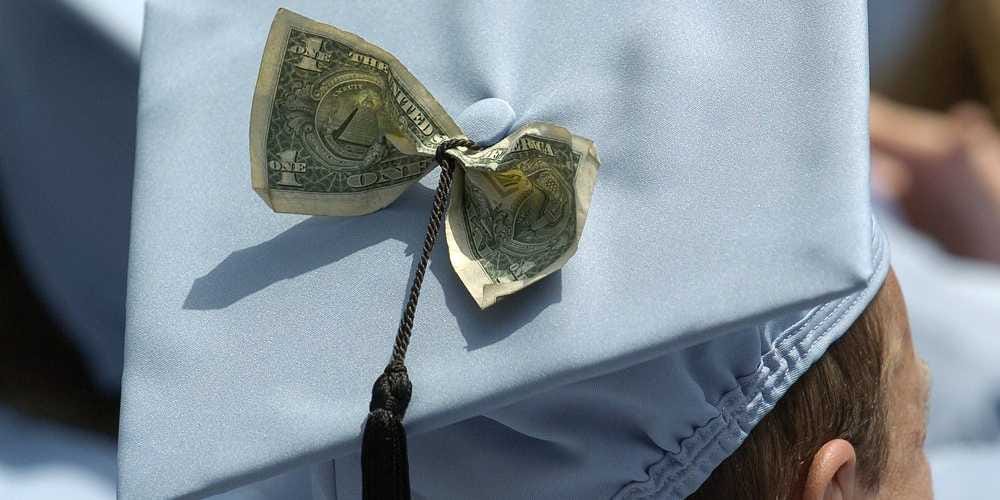 One of the reasons the over-allocation of talent to certain industries, regions, and companies is ignored is that it combines narratives that no one wants to talk about.

Our economy has shifted from making things to providing financial services.

These types of professional service companies operate in incredibly competitive environments. Their continued success depends on the type of people who work for them. Everything is razor sharp. So they diligently focus on getting the smartest people possible inside their walls. They invest millions in this process and offer prestige, high starting salaries, training, expense accounts and the promise of community and open doors.

As one of the co-founders of a large management consulting firm explained to me:

â€œWe liked to recruit from the best schools because we knew there would be good hires on campus. It was just about putting resources to work, improving our funnel, and tweaking the variables until we found them. We wanted to determine which classes were indicative of intellectual ability and which only complemented, which leadership positions were important, which majors tended to do well. . . .

The more years we spent on campus, the better we would get there. We wanted to get a certain number of recruits from each of our top campuses each year so that there was a constant flow of referrals and personal connections. If we hadn’t found someone for a few years, it was much more difficult to start over at this school.

It’s very admirable and well executed – exactly what you hope the consulting firm would do if you were a shareholder. But this company is looking to position itself with dozens of other companies that are implementing the same type of process. And before long you have some sort of commons tragedy, where companies all graze the same field until they are exhausted.

To give an idea of â€‹â€‹the resources devoted to this effort, Teach for America’s recruiting and selection budget alone in 2011 was $ 37.6 million. A friend who works in financial services recruiting estimated that her company spends $ 50,000 per recruit. If you project the analogous expenses of every major bank and consultancy firm to develop talent pools, you have tens, if not hundreds of millions spent each year on campuses across the country.

Hedge fund is spending so much on recruiting that it offered to pay Dartmouth students $ 100 each to explain to the company why they chose not participate in its recruitment process. In 2012, of Dartmouth’s four majors, two went to Goldman Sachs, one to Morgan Stanley and one to McKinsey.

There is an arms race for top talent at dozens of universities every year. To be clear, no one is at fault. Private companies should do everything possible to maximize their own well-being. In this case, that means going to campus, spending time and money, and fighting for the best educational opportunities in the country.

The culture of recruiting gives rise to a general search for prestige pathways, as undergraduates see those around them on well-defined paths and seek to do the same. Most banks and consulting firms make offers between August and December of a student’s final year; imagine being a competitive and slightly insecure senior watching this process unfold around you.

What is the result of this war for talents? Statistics are measured and reported differently, but here is the general picture of the best college graduates, measured over the past few years of available data.

Take a minute to review these numbers. While there are some variations (i.e. more Yale graduates go to law school, more Johns Hopkins people go to medical school, etc.) you get the impression that they are all quite similar in terms of distribution.

As you can see, a literal majority of domestic college graduates will follow one of these six pathways after graduation, none of which leads directly to starting or growing a new business. What starts out as a universe of options quickly boils down to a few.

I have spoken to hundreds of high school students who are in this situation on the front lines. Some examples of things I heard:

Some observers mistakenly believe that the recent downturn in financial services and the existence of the movie “The Social Network” means the world has changed. But the reality on the ground is determined by organizations that have the resources, brand equity, know-how, time horizon, and a constant and predictable need for new hires to come to campus and deploy the welcome wagon. These factors have remained more or less constant even after the financial crisis.

Let’s say you are a growing small business that wants to hire a few top leads to help fuel your growth. It is not going to be easy.

First and foremost, you should start trying to hire months in advance, although your needs may change as the hiring arises. You will need to devote limited time and resources to your staff to register for career fairs, post job descriptions, and show up on campuses that may be in multiple states. You will have to compete side by side with branded companies with giant screens and well-dressed alumni. You will have to bid competitively against companies that offer disproportionate wages and likely hire multiple people at once.

You’d be hard pressed to get the attention of career guidance officers, as you’re probably only looking to hire one or two college graduates. You would have to assess the candidates for the fit. And after all of that, there is little guarantee that you will actually have your man or woman.

It’s an intimidating landscape that doesn’t serve small business very well, so most don’t bother trying to take that route. Yet it is these small businesses that will potentially grow, innovate and hire more and more people if they reach a certain stage of development.